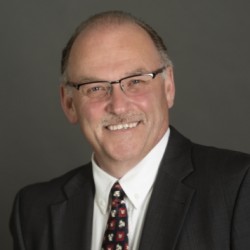 In the early 1980’s, Marshalls’ success as a Real Estate Agent started his career in St. John’s, NL. Marshall moved on to Prince Edward Island to open up his own Re/Max Real Estate franchise and from there, moved to sunny California, working as a Banker for the Wells Fargo Bank.

As a young adult, Marshall always wanted to be part of a great union. In 2007, Marshall took advantage of an opportunity to work with 955 as a Fuel and Lube Service Technician with North American Construction Group. Marshall then moved on from there, into P1 Servicing as an Oil Change Technician. In 2008, Marshall became a Member of OE 955.

Marshall was appointed Job Steward and then Chief Shop Steward for the majority of his 8 year tenure with North American Mining. Marshall never once found a need to file a grievance. His relationships with Members and the employer enabled Marshall to find resolutions to issues as they arose. Marshall worked well with all parties and provided objectivity while representing the Union, the Member and working with the employer to resolve the issue.

In 2015, Marshall took on a new challenge as an OE 955 Organizer, based out of the Fort McMurray Office (Northern District). Marshalls field and site level experience are an asset to the Union in his current role.

Marshall’s technique to find solutions to problems or issues is to listen, keep an open mind, always remembering that helping Members and co-workers is the main priority while being fair to the employer. Objectivity is necessary for good communication between Members, employers and the Union.

As Marshall continues his work with OE 955, he hopes to continue his success in his Business Agent role.