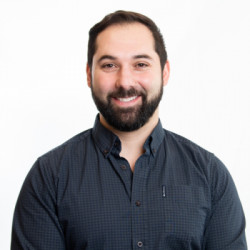 Vince comes from a family background of construction workers. He began his career early on through the Registered Apprentice Program (RAP) in high school, apprenticing as a heavy duty mechanic.

In 2001, Vince moved into an operator role with Streamline Construction and later on joined MAP Water and Sewer as a foreman.

Since then, he’s worked in the pipeline industry in Alberta and British Columbia running dozers, excavators and graders.

Vince joined I.U.O.E. 955 in 2012 and has been a proud member ever since with positions as a foreman and general foreman in the pipeline, industrial and roadbuilders sectors. Vince’s operating experience did not stop there, and he was indentured as a crane apprentice in 2016.

In 2019, Vince got the opportunity to further expand his experience and become a Business Agent with the I.U.O.E. 955 Edmonton Office to proudly serve his brothers and sisters.