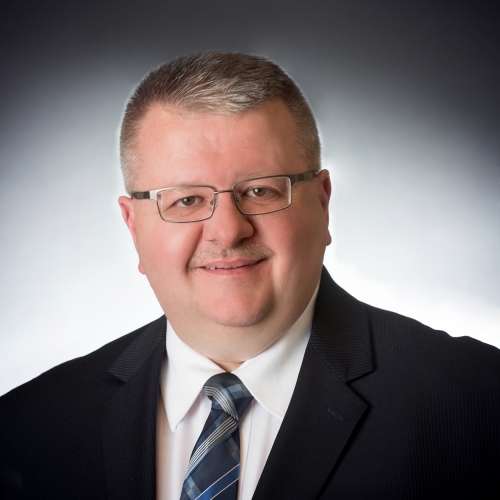 Working at a church hall bingo was how Kevin’s work history began. He worked 4 hours each night for a total of $13.00 per night. In February 2006, Kevin was hired by Cardinal Coach Lines, now First Canada and worked at the CNRL site in Fort McMurray. Shortly after, Kevin became a Member in Good Standing.

Kevin has had several rewarding jobs. The jobs he enjoyed the most, involved regular interactions with the public and his co-workers. Kevin is a good listener, compassionate and always mindful of others, these traits definitely make Kevin a people person. He always makes time for people when they need to talk. His effective communication skills and caring attitude, create a perfect formula for dialogue.

In May 2008, Kevin stepped into his role as Business Agent. Kevin admits there isn’t one employer or employee who was particularly influential, he feels that in this job, each and every person; employees, Members, employers, he has the opportunity to interact with on a daily basis, brings a commitment to do what is best.

This is why Kevin endeavours to do his best, each and every day. Kevin states, Members are the beneficiaries of what we do and the decisions we make on a daily basis and considers Members, as his biggest influence in his daily routine. Knowing that he is doing what he was hired to do, represent Members and promote the Union.

Kevin feels safety should be instilled in every worker, regardless of their position. We all have families to provide for and the objective should be that everybody, gets home safe. Safety is also something that should be taken seriously in our day to day activities, when we aren’t at home.