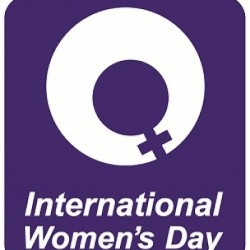 International Women’s Day (IWD) began in 1908 when 15,000 women marched through New York City demanding the right to vote, a shorter work day and better compensation. Flash forward to today, where great improvements have been made to improve women’s quality of life, including greater access to education, health care, and work life balance.

Although changes have been made, March 8 is a reminder that on a global scale there is still work to do in the areas of leadership, health, education, equal pay for equal work and violence against women.

Traditionally, jobs in the trades have been filled by men, however in the last several years employment of women in this sector has been on the rise. In Local 955 alone, we have 961 sisters. Organizations like Women Building Futures and Build Together: Women of the Building Trades are focused on supporting women as they advance their careers in the trades.

Show your support for women working in the trades by attending an IWD event this week. In Alberta, the Calgary Women in Construction is hosting their own seminar.  If you are from Edmonton, and you’re interested in building wealth, Raintree Financial is hosting a conference as well.  Several unions are also sponsoring the Edmonton IWD Banquet and Speaker’s Forum on March 8.  Happy International Women’s Day!